After the banana bread was made yesterday, I still had 3 extremely ripe bananas. (So ripe, in fact, that when I picked one up to slice it for this recipe, it broke open.) I had this recipe pinned for a while and figured it was the perfect opportunity to give it a go. It's from the mother who brought us MOMables, so right there you know it has to be good!

I've never been a fan of oatmeal, but I do enjoy oatmeal cookies, so there is always the possibility I might find something I like with oats. This recipe was unbelievably easy. I was skeptical about a few things, especially since I'd never made anything like this, but it turned out to work.

I bought some steel cut oats (you are supposed to use those, also known as "Irish Oats", instead of the flat oats). It called for ground flax seed, too. I bought a bit of that (whole). I got a huge workout last night, as I didn't realize how thin and flat flax seeds were, and I was grinding them myself via mortar and pestle. In worked, just was more difficult than I had anticipated. I bought both the oats and the flax from our local health food store. They get that sort of stuff in bulk and measure out smaller quantities, so I was able to get much less than I would have had to buy at a grocery. 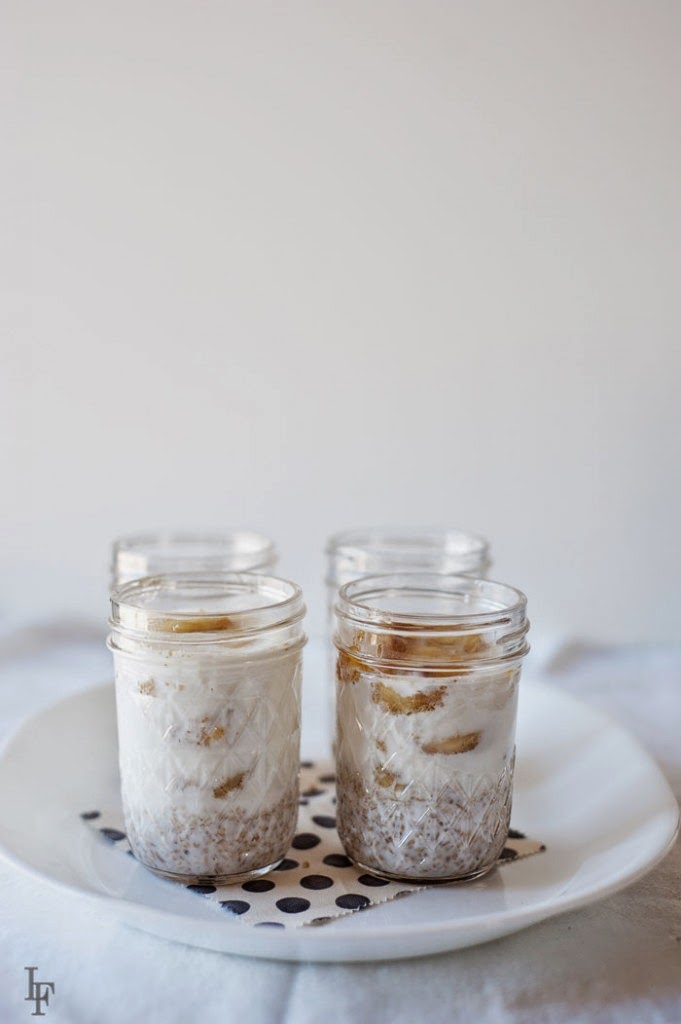 Like I said earlier, this was super easy to make. It really was. I'm eating it as we type. I didn't have 4 of those little canning jars, but I had 2 that were bigger, so I just doubled the amount put in each jar. Harder to eat out of, though! I ate the first half (of my serving... there are now 2 servings in each of my jars) cold, and I warmed up the second half. It says you can eat it either way, so I thought I'd try both.

It's a different consistency than oatmeal that is instant, that's for sure! It's chewier (like tiny warmed nuts or something.... wow that sounds just all sorts of wrong! lol ), but it's good. Hubby says I should have skipped the flax seed, but it was only added in for nutrition.

I liked the result cold, and warm it's reminiscent of banana bread. Either way, I ate all my food. I'm not the biggest fan of bananas, and I never really cared for oats... but I'd make this again. Not daily (unless you're a huge oatmeal fan!), but I will make it in the future. Very little work to wake up and already have a breakfast made that is tasty and healthy. Win!

I ate this the morning after it was made, and then again 3 days later (to see how taste held up). It tasted just as good later as it did earlier. I also made this again and put it in mugs instead. That worked nicely, too.

Ingredients:
Instructions
Notes: - You can use butter instead of coconut oil and your favorite dairy free milk as well. If you use old fashioned oats, reduce milk to 1½ cups. - You can eat your oats cold right out of the fridge or warmed in the microwave.

Disclaimer: Thoughts Of Fluff was not compensated for this post. All opinions are my own and may differ from yours.
Posted by Christine at 6:21 PM