This morning was another breakfast made out of the Russian, German & Polish food & cooking cookbook. Yes, that is my favourite cookbook. I actually tweaked the recipe for the filling, so it's not exactly out of the book. I guess it's based on the recipe in the book.


This recipe was out of the "Central European" section (thus the French influence). It was really easy to make, though time consuming to do all at once. Next time I'll have the filling made the night before and then just warm it before filling the crepes. It wasn't exactly easy to wash, slice, and cook the apples while trying to entertain a 1yo and 3yo! It said to peel the apples, but I just didn't have time for that.

Anywho, slicing and cooking the apples aside, it was a very easy recipe that everyone loved. You could easily have baked the apples and used that as a filling instead, if desired.

The most important thing I learned from this recipe was how to keep the cooked crepes warm while I make the rest. GENIUS idea! You place a small pan of simmering water on a burner near by and the plate atop that simmering pot. As you remove the crepes, place them on the plate and cover with aluminum foil. This will be so handy for so many other things that I want to keep warm so I can serve everyone at the same time! Scrambled eggs, hash browns, burrito shells so they can be rolled at the same time.... the list goes on

I didn't dust the crepes with anything, nor did I serve with lemon wedges. They were great as-is! (Yes, even with the skins on.)

For the Filling:
Directions:

1) Melt the 2T of butter in a pan for the filling. When the foam subsides, add half of the apple slices and sprinkle on half of the cinnamon & sugar mixture. *I was using a 10" skillet for this. If you have a much larger skillet, you could do all the apples, butter, and cinnamon/sugar mixture at once* 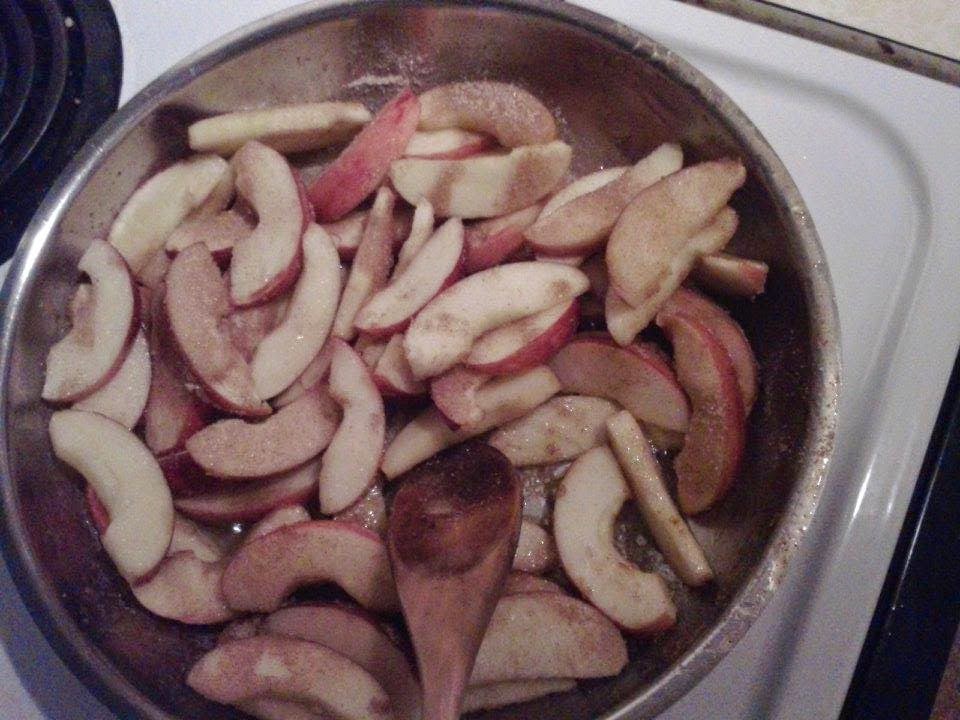 2) When apples are soft and golden brown, set aside in a bowl and cook other half of apples like above, then set aside. 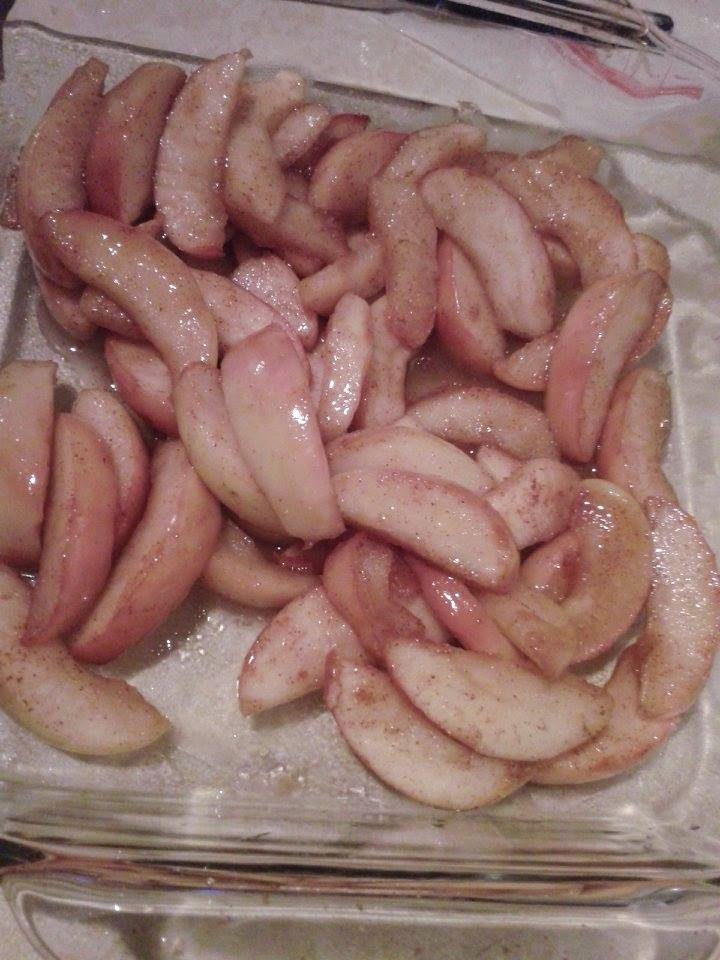 3) Sift the flour and salt in a mixing bowl, making a well in the center to add the eggs. Pour beaten eggs into the well and slowly mix in the flour. 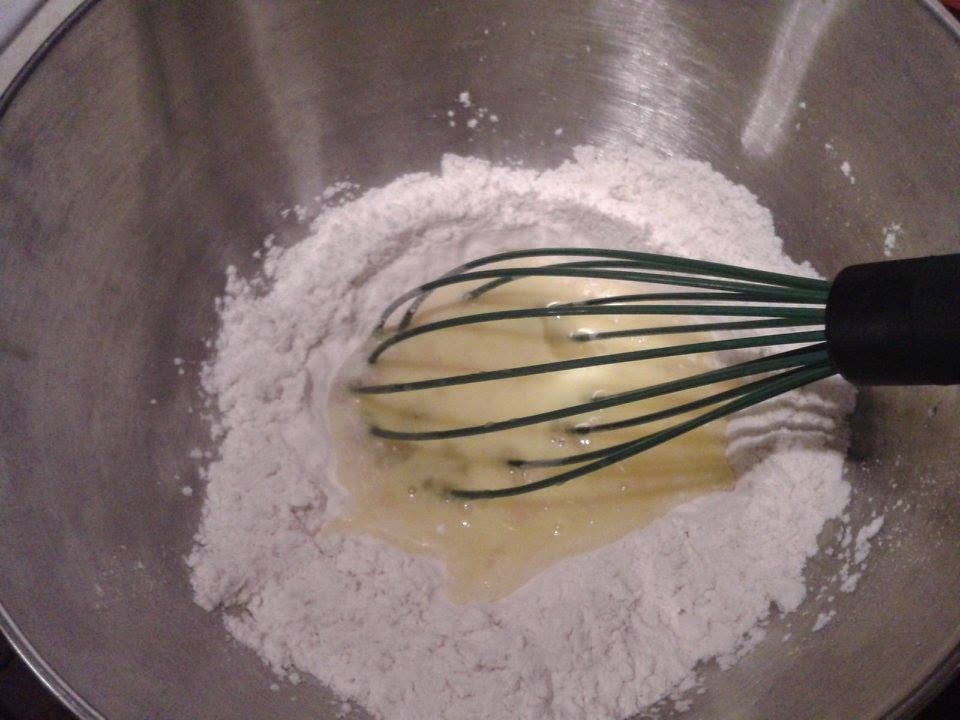 4) Combine milk and water in a cup and slowly add to the flour/egg mixture in the mixing bowl. Beat until smooth. Stir in the melted butter.

5) Heat 2 teaspoons oil in a frying pan. Pour in approximately 2T of batter, tilting the pan to coat the bottom evenly. 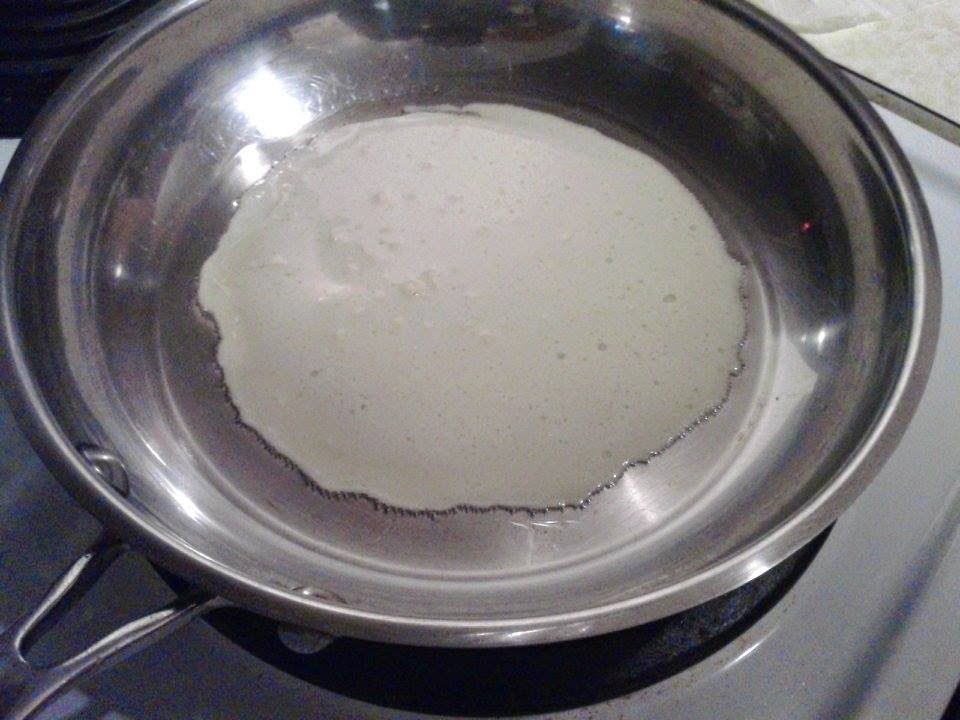 6) Cook the crepe until the underside is golden brown, then flip. Slide crepe onto a warm plate, cover with aluminum foil, and set the plate on a pan of simmering water to keep warm. Repeat with remaining batter mixture until gone. 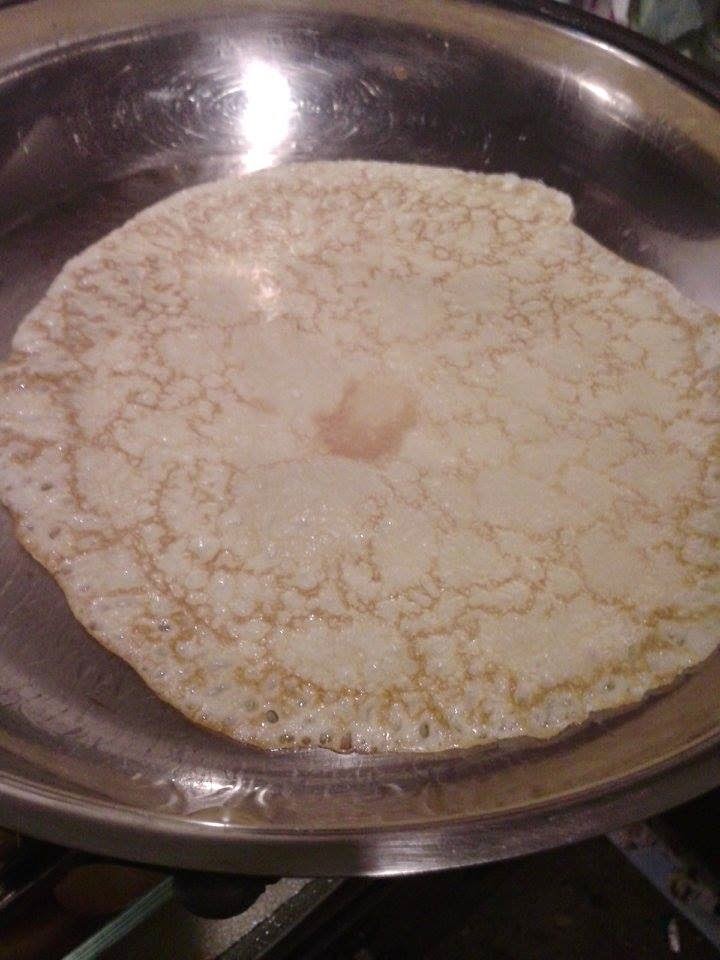 7) Divide the apple filling among the crepes and roll them up. Sprinkle with cinnamon sugar or a dusting of confectioner's sugar, if desired. Serve with lemon wedges to squeeze on top. 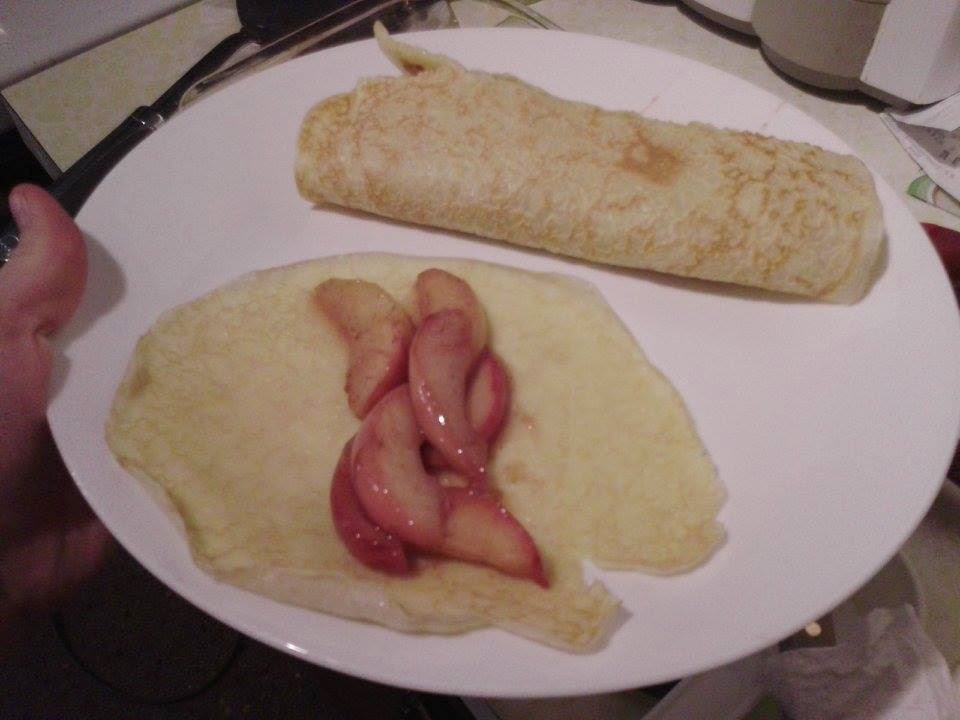 Disclaimer: Thoughts of Fluff was not compensated for this post. All opinions are my own and may differ from those of your own. Post contains affiliate links.
Posted by Christine at 9:00 AM