My husband told me he was craving ham and bean soup earlier this week, and I just so happened to get a Ham & Bean soup in my MOMables email recently. I had a slice of ham (ham steak) from a local farmer in the freezer so I picked a nice, chilly day and busted out the crock pot! The prep work for the soup was very minimal, resulting in chopping a couple veggies, the meat, and getting some beans ready. We also had a package of lima beans from the farmer's market that we added in to use up. The big challenge with this recipe was waiting while it cooked. It smelled very good!

The recipe suggested an immersion blender if you didn't want the soup chunky. I am totally okay with chunky. In fact, I think I would prefer that. My children, however, would not. The soup would be splattered everywhere and the chunks tossed about, most likely. Okay, maybe not... but it would still be easier for them to have it a bit thicker.

We mixed it up with the immersion blender, but it didn't look as pretty anymore. 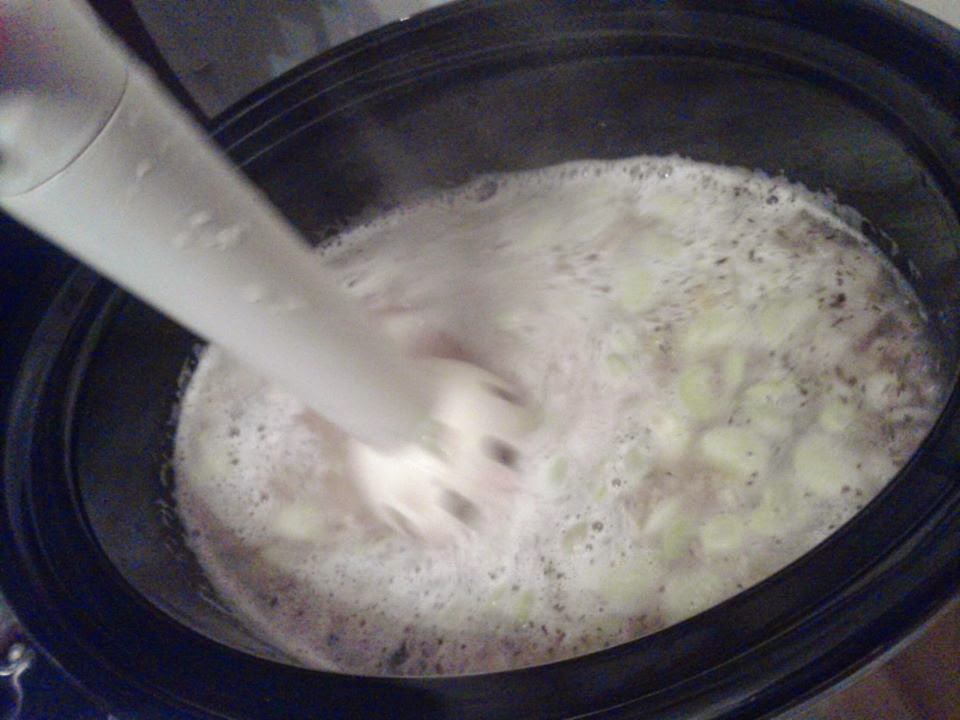 There were lots of left overs, too! Hubby and I both ate 2 bowls. Squiggle just had a tiny bit (maybe a tablespoon) because she had other food, and Bobble ate about 1/4c of soup (he also had other food). I never trust the kids to eat soup too well. Too much splashing temptation! 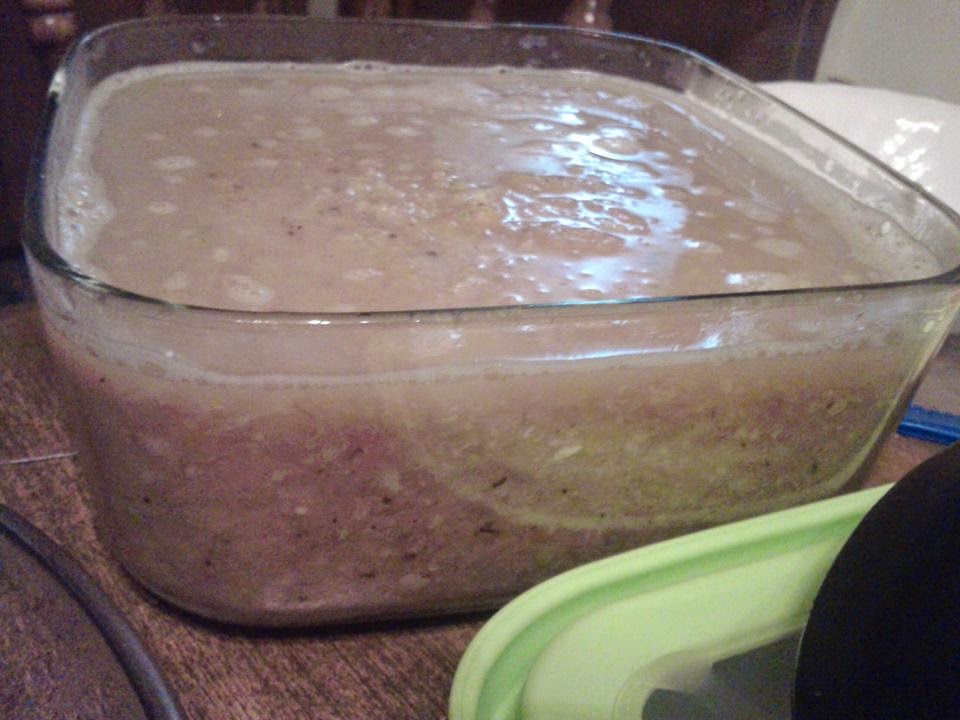 We still filled our 2 quart glass storage dish with the leftovers. Yay for leftovers... I know what's for lunch tomorrow!

Enter for your chance to win a 3 month subscription to MOMables and get more great recipes like this one!

Disclaimer: Thoughts of Fluff received a trial to MOMables in exchange for reviews. This did not sway my opinion in any way. All opinions are my own and may differ from those of your own.
Posted by Christine at 6:00 AM