Our chicks are 6 weeks old and officially have feathers! They are also significantly harder to keep still for pictures, so I had to resort to holding the birds in front of me and snapping a picture. If their feet touched something, they would use it to their advantage and push off and sneak away. Without my friend over this time, my helpers were Bobble and Squiggle... erm... "helpers". 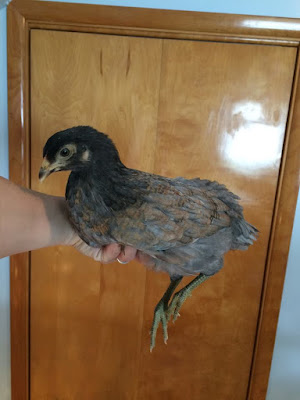 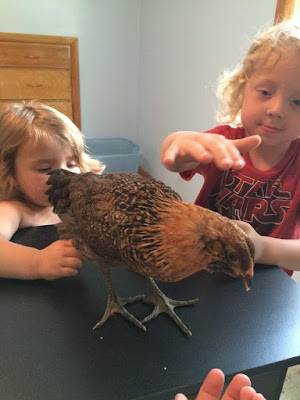 Above are the two EEs. Bobble's is on the left, and I'm holding the other one on the right. 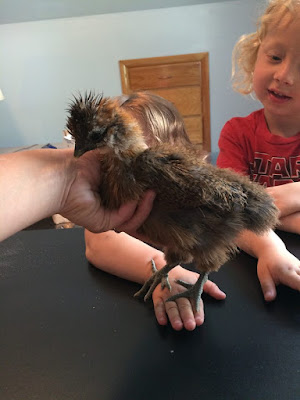 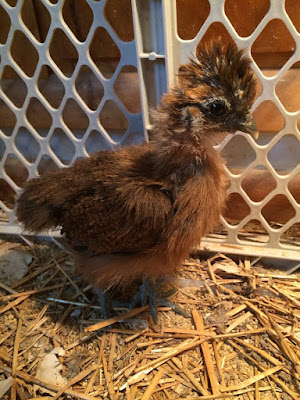 We finally figured out that this is a Bantam Partridge Cochin. I'm loving this little one! She's so... different! 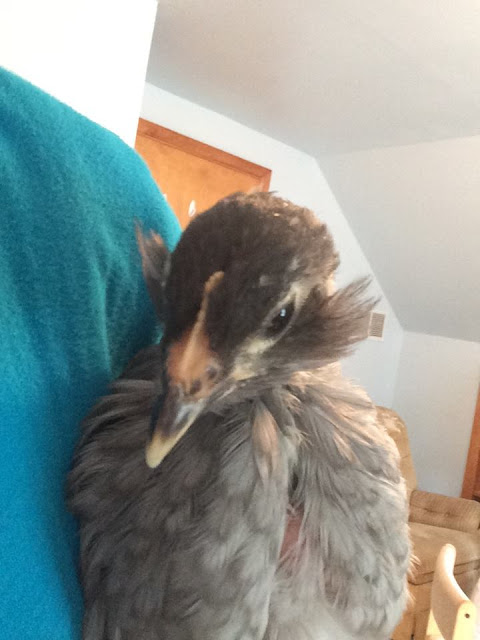 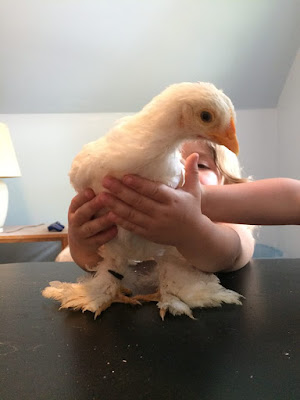 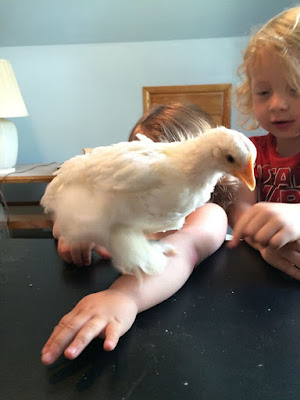 Squiggle's white cochin is on the left (note the black leg band), and the other has now grown in all white feathers (right). Good thing we put a band on them!

The chicks also had their first taste of treats today, as we gave them some dried mealworms after their (forced) photoshoot.

Disclaimer: Thoughts of Fluff is responsible for the content of this post. All opinions are my own and may differ from those of your own.
Posted by Christine at 6:00 AM