I have been looking for a good Shepherd's Pie recipe for a while, and finally saw one that grabbed my attention. I actually was hoping to make the recipe soon when I found the recipe in my inbox! (I am signed up for Serious Eats' newsletter, and it just happened to be Shepherd's Pie that day.) 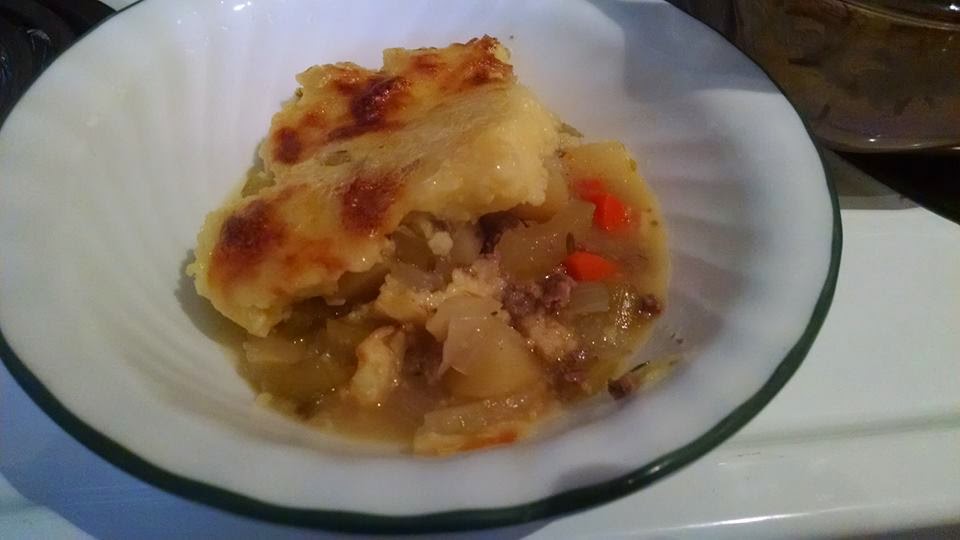 I attempted to make the recipe as it was, but I lacked russet potatoes and fresh herbs, so I had to make a few adjustments. I mostly followed the recipe, though. Oh, I also used ground lamb instead of chunks of lamb.

I must add: It was delicious! I don't think that there was enough potato for the top, and I also found the stew to be too liquidy, so I would probably add more flour (or less broth) next time depending on how it looked.

Stew:
Mashed Potatoes:
*Preheat oven to 450 near the end of step 5

1) Brown the lamb meat and set aside.
*If you are using cubes of meat, dry with a paper towel, season with salt and pepper if desired, and saute in some oil over medium high heat. Let the meat brown to the pan for several minutes before stirring (stirring too soon will cause them to release water and boil instead of brown).Turn over after about 4 minutes and let brown again, then remove from heat.

2) Put the veggies in the pan the lamb was browned in, and stir. The veggies will release water while they cook and help remove the browned lamb from the pan. Scrape up any brown pieces from the pan with a spoon or spatula (leave in for flavour, though!). Continue to sweat the veggies for about 5 minutes. 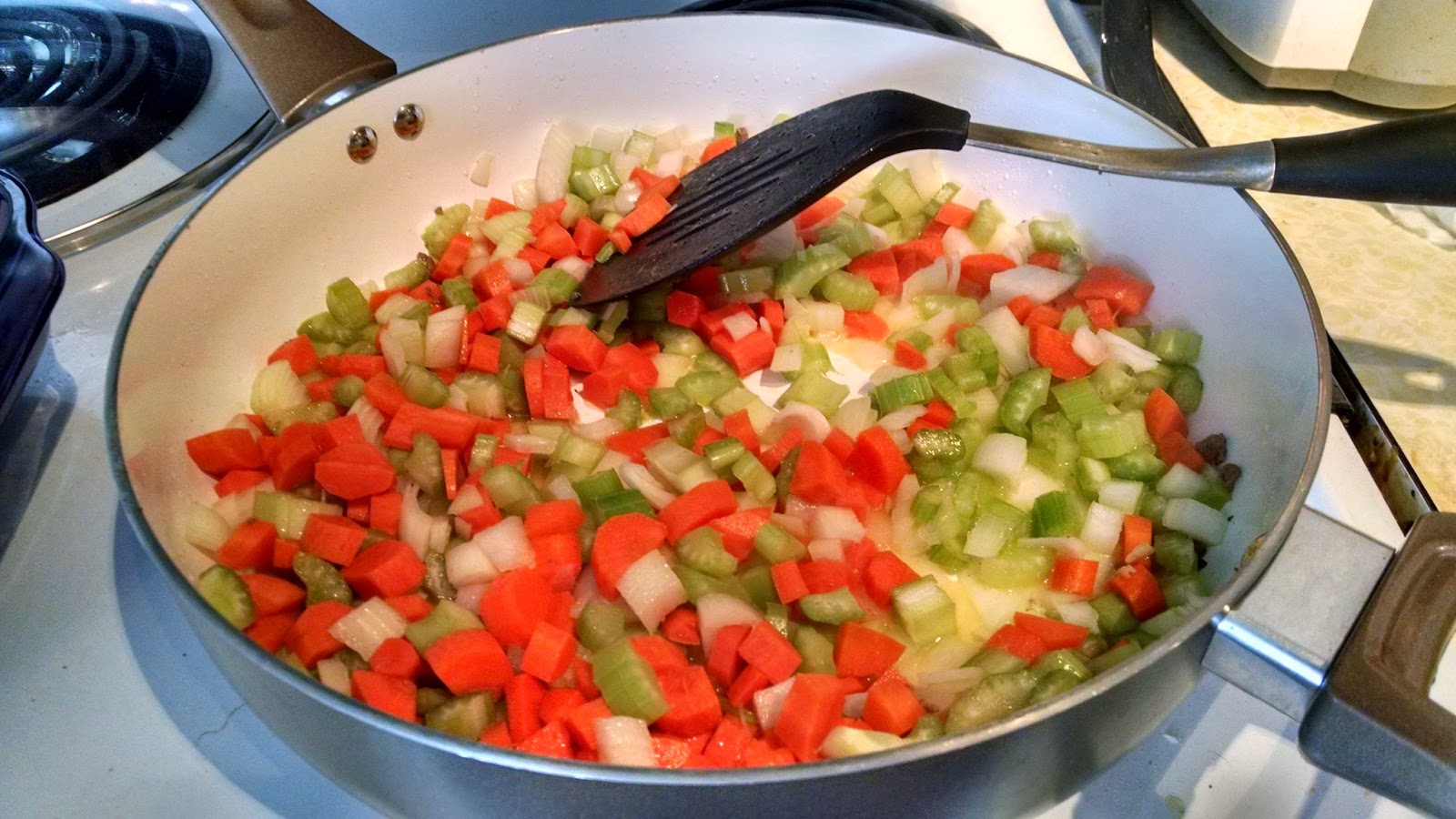 3) Add in flour and let brown for around 2 minutes. Add in stock, then potatoes and spices. Return meat to pan and bring to a boil. As soon as it starts boiling, lower the heat to medium and simmer for 90 minutes, covered, until the meat is tender (if cubed) or until all veggies are done. Complete step 4 while this is simmering. When done, remove bay leaves and transfer stew into baking dish. 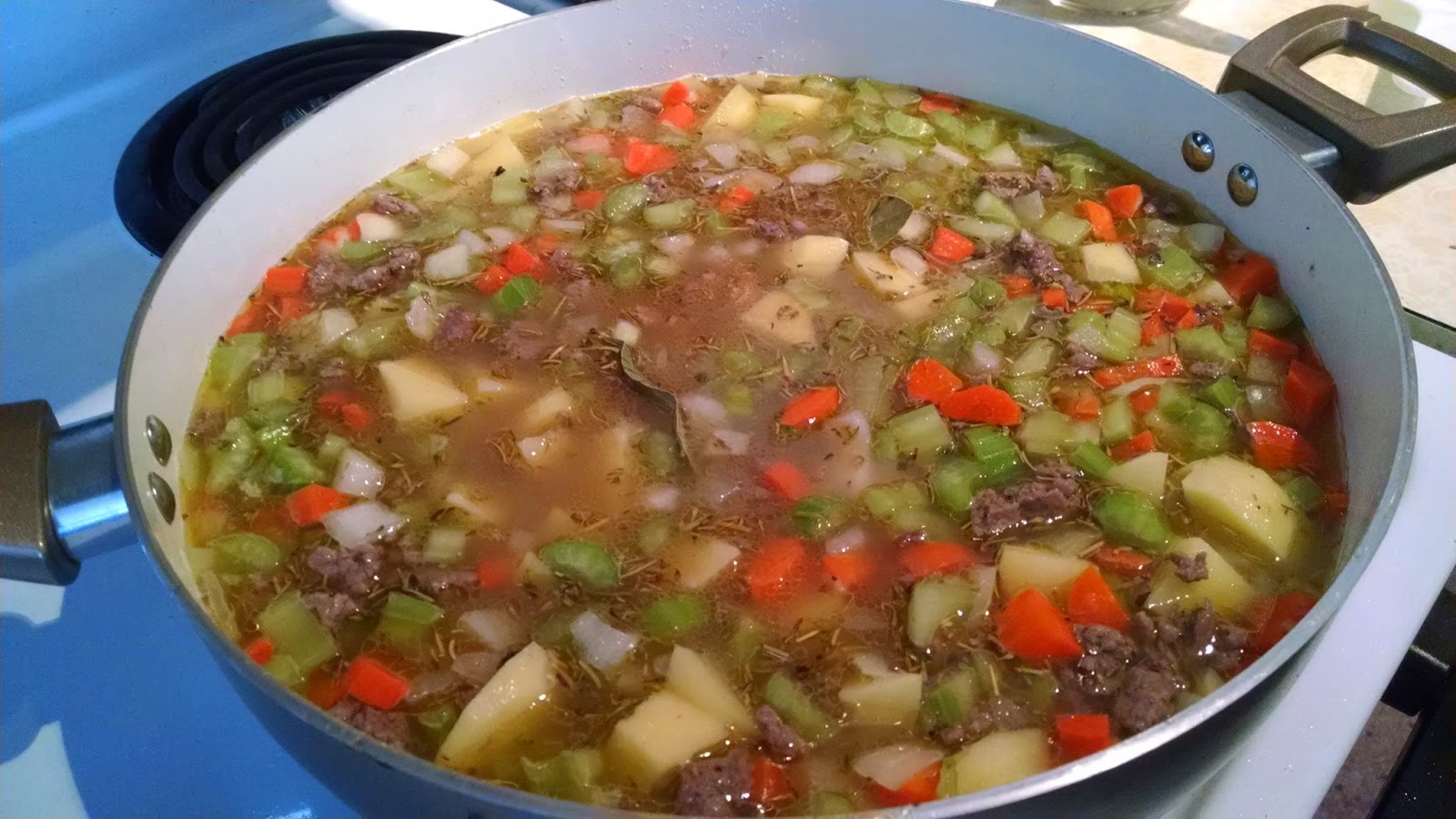 4) Boil potatoes until fully cooked, drain, then place back in pot. Stir for a few minutes over the heat to ensure they are dry. Add egg yolks, butter, and cream, mashing/whisking until smooth.
*Do this quickly, as the potatoes will become gummy and starchy if they cool too much. 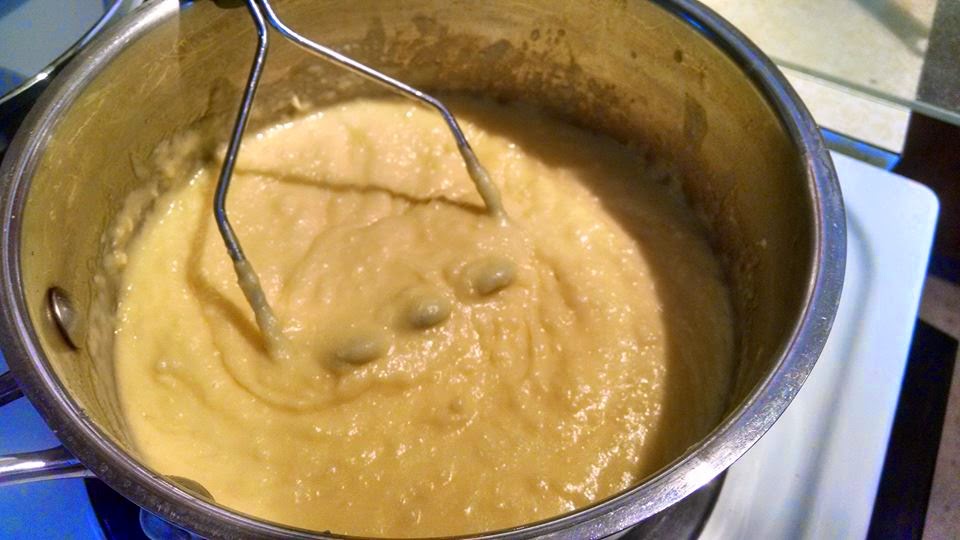 5) Smooth mashed potatoes over the stew in the baking dish. (Or use a pastry bag and a large star tip to pipe the mixture over the top. I tried. I failed miserably at this.) Make sure to create a full seal across the top with the potatoes. 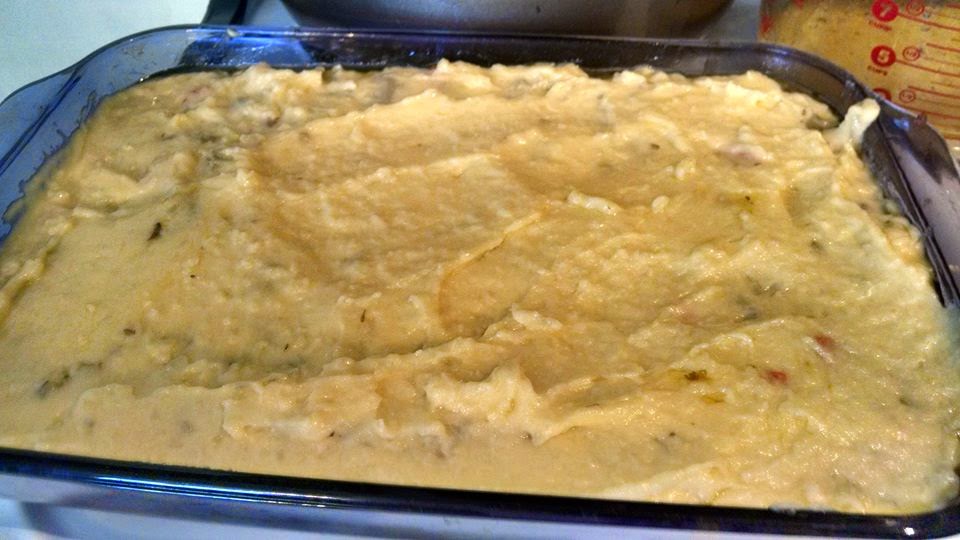 6) Place pie on top of a baking sheet lined with aluminum foil, and bake for 30-35 minutes (or until potatoes are browned and the filling is bubbly.) Let sit for 15 minutes, then serve hot. 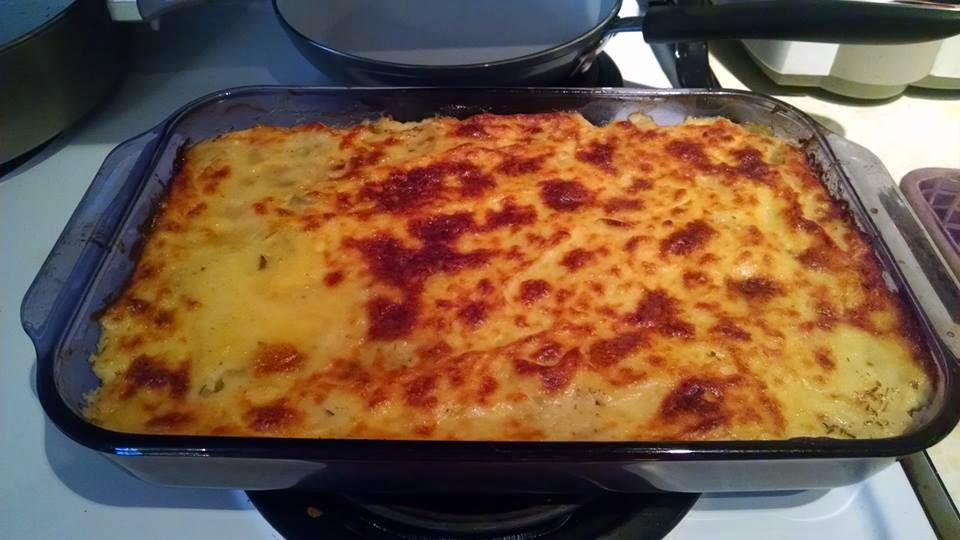 I found this to be a bit more soup-y than stew-y when I made it, so I would cut back by 1/2c or 1c of stock next time, or just add more flour in step 3. It wasn't a big deal, I just drained a bit of the juice off and served. Absolutely delicious!

Disclaimer: Thoughts of Fluff was not compensated for this post. All opinions are my own and may differ from those of your own. Recipe based off of Serious Eats' shepherd's pie recipe found here.
Posted by Christine at 6:00 AM