In an attempt to make breakfast easier for everyone, I decided to go with some crockpot french toast. Preparing the dish was simple, and cooking it was simple. The taste was good, though hubby and I both agreed we would prefer to just make french toast on the stove top. The kids devoured it and loved it. That, alone, is reason enough for me to make it again.

It was super simple, but cleanup wasn't as easy as it could have been. Despite greasing the crockpot, I still ended up with a baked on layer. Not burnt, mind you, just baked on. I'd recommend placing wax paper inside to avoid this.

1) Grease the inside of your crockpot with butter or coconut oil. 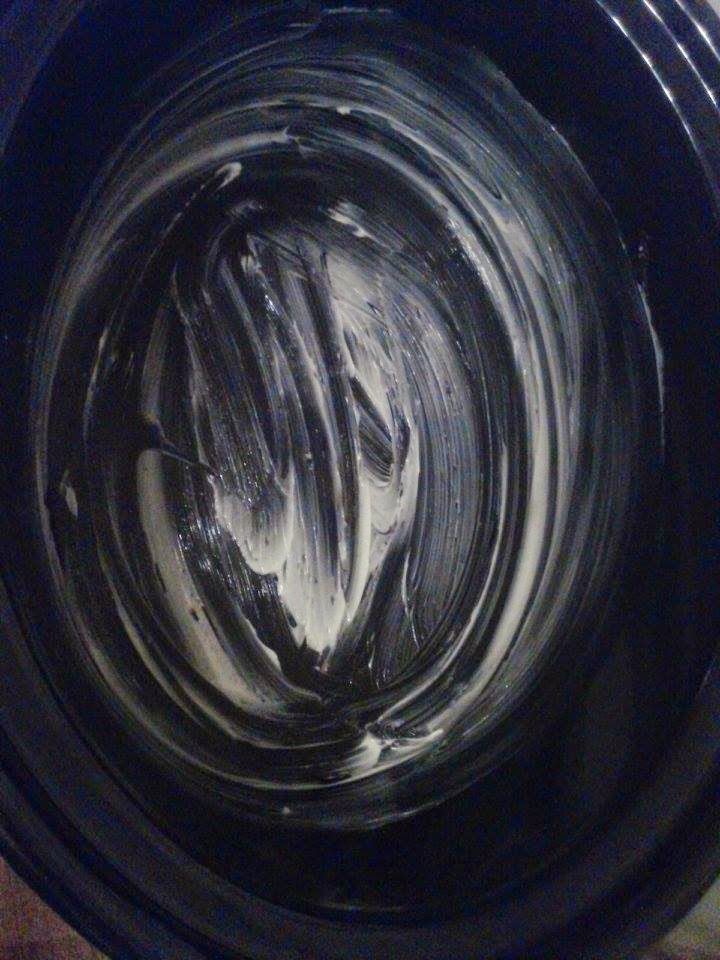 2) Cut bread into bite-size pieces and place in crockpot. If adding raisins, mix raisins in now. (Bread can be cut larger, or even left whole, though bite size pieces now make it easier to serve up later.) 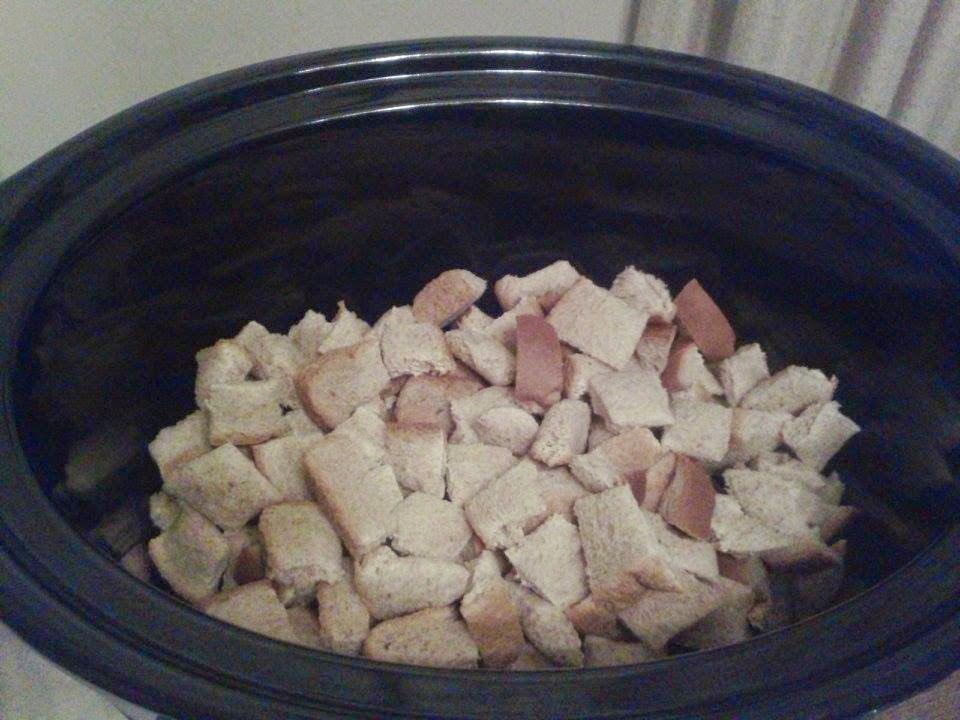 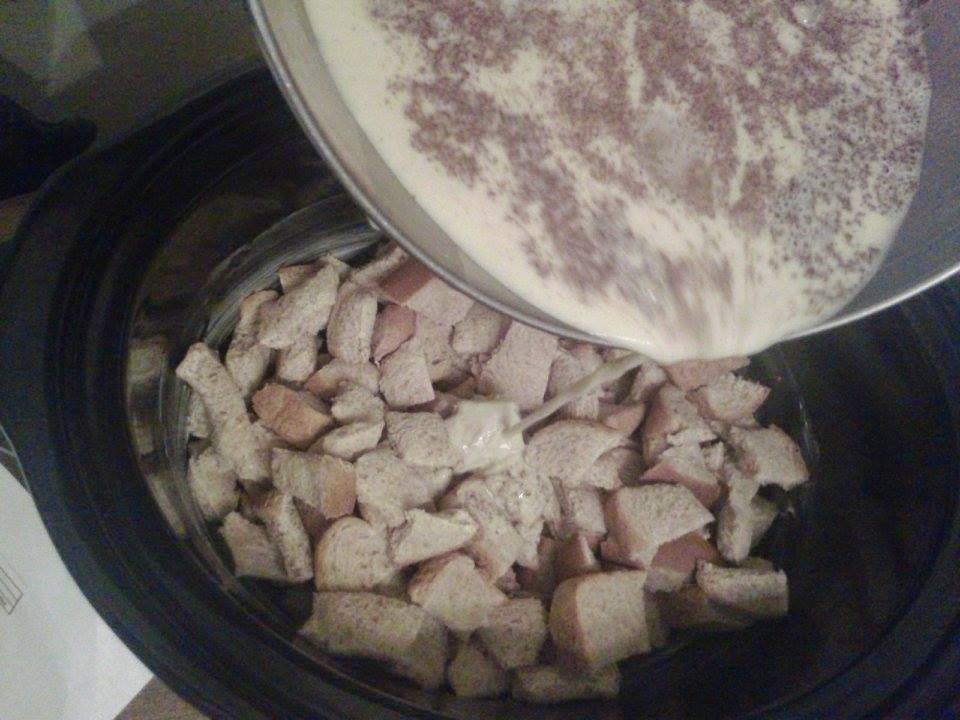 4) Pour mixture over bread, gently pressing down on the bread in areas that might not have been saturated. (If leaving bread whole, you might want to dip the bread in the mixture before placing in the crockpot and pouring the extra over the top.) 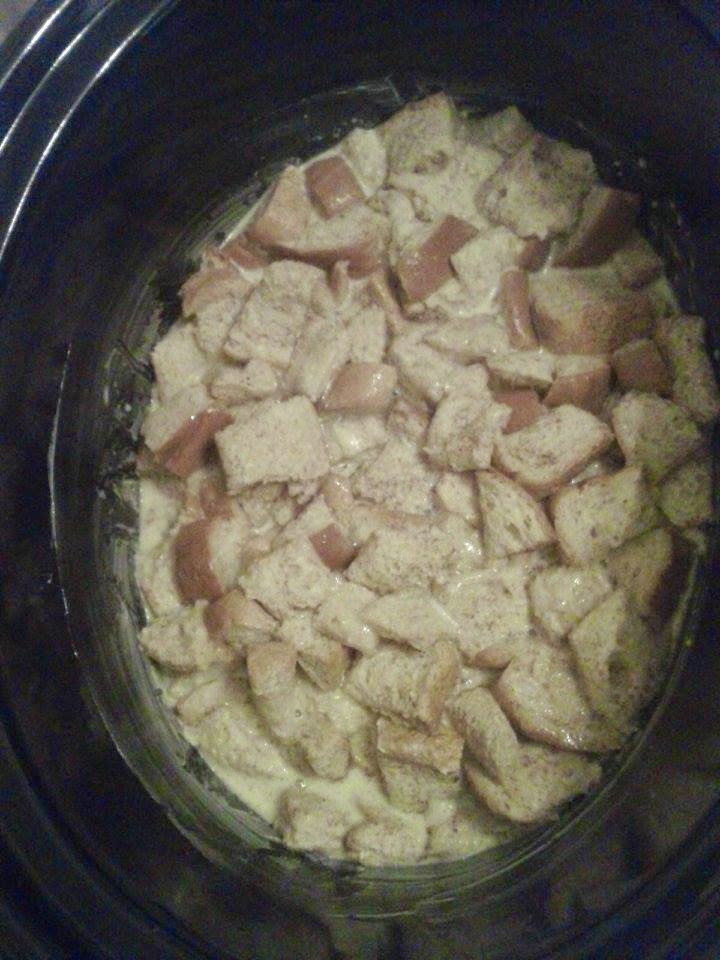 5) Cover and cook on low for 6 - 7 hours.
6) 10 - 20 minutes before serving, uncover crockpot and melt some butter on top of the french toast, sprinkling with cinnamon and sugar if desired.

Disclaimer: Thoughts of Fluff was not compensated for this post. All opinions are my own and may differ from those of your own. Post contains affiliate links.

Posted by Christine at 6:00 AM