I'm a geek. I always have been one, I will always be one. Perhaps I'm a nerd. Maybe both? Either way, I'm a gamer. I've always loved gaming, and even though my gaming days have been limited since parenthood, it never leaves my blood! It's part of who I am.

I was poking around a retail website (you could probably guess which one after the rest of this sentence) a while back, and I saw one of those awesome D20 necklaces. I wanted one, but, as usual, it was out of stock. I got curious and poked around on Etsy.

I found LOTS of them. 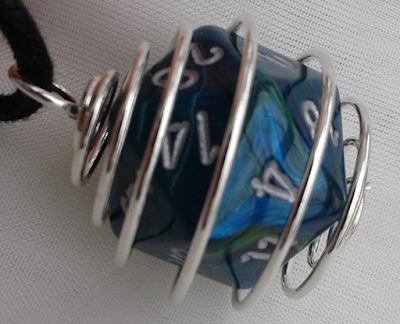 Not all of them were that great, though. I mean, many of them were okay, but I'm rather picky. If a picture is slightly off-center, I must fix it. I was given a ring (previous boyfriend) that had a marquis stone and two accents... and the marquis was crooked. That was the first thing I noticed, and it bugged me daily. So yeah, not all of the things I found were stellar, but one shop stood out.

This shop had beautiful spiral caged D20 necklaces. I mean beautiful. Other shops had some that were crooked, uneven, etc., but Project Nerd had so many necklaces and perfect spiraling. 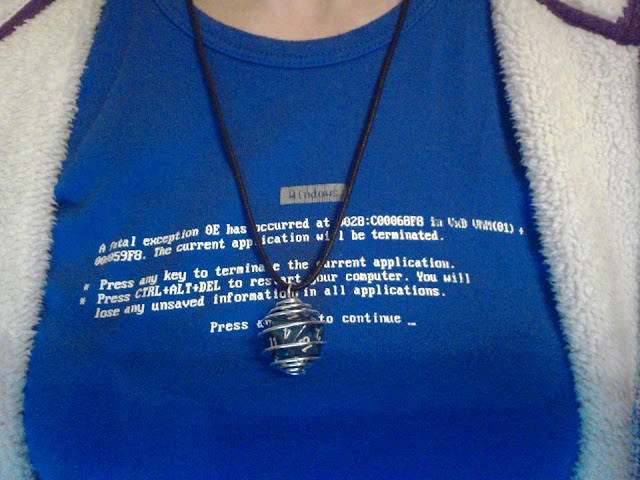 I got a necklace for myself, but Bobble got jealous. I got him one, too. 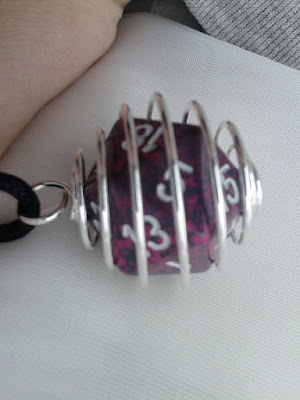 The quality was great both times. Bobble even had his shipped in this cute little box with tissue paper around it. He was ecstatic. 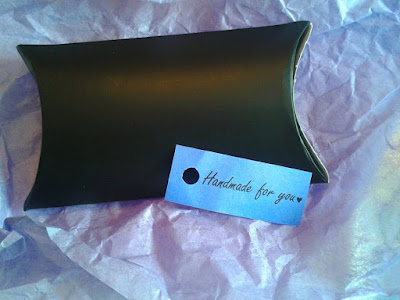 The die comes out easily, though I wouldn't recommend it for young children (like Bobble) who like to tug on things. His necklace got stretched a bit too much (the caging). It still holds nicely, but it bothers my quirky, perfectionist self. Of course, mine looks as perfect as the day I got it, and I've taken the die out numerous times. It wasn't taking the die out that caused the issue, it was a 4 year old thinking he should tug a bunch and stretch it out. 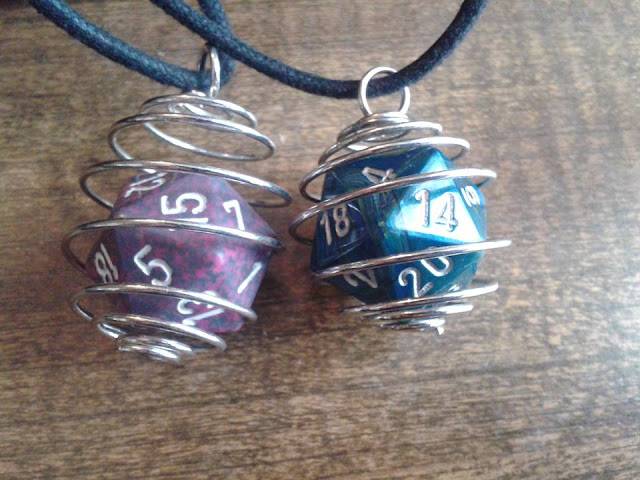 As you can see, he did tug a lot on it. I have taken my die out at least a dozen times, and it has maintained proper shape. I assume he just tugged and tugged. (I say "assume" because he took it to school for show and tell one time... and it came home like this.)

I also don't let Bobble wear his necklace without an adult around, because the die is tiny. Four is plenty old enough to know better, but that doesn't stop him from doing things he know he shouldn't any other time. Better safe than sorry! 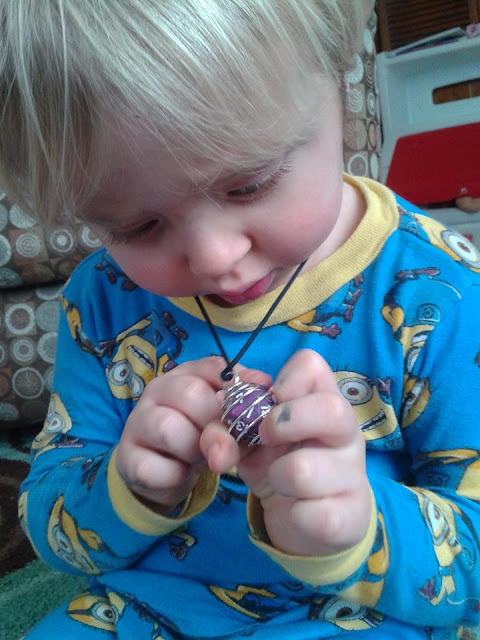 Not only has this necklace made me friends that I might otherwise never have met (random conversation starter with strangers!), but it has saved me from a screaming child in doctor office waiting rooms. The die makes a great distraction for Squiggle! I had pictures of that, but they all came out blurry because she was playing and moving around so much. 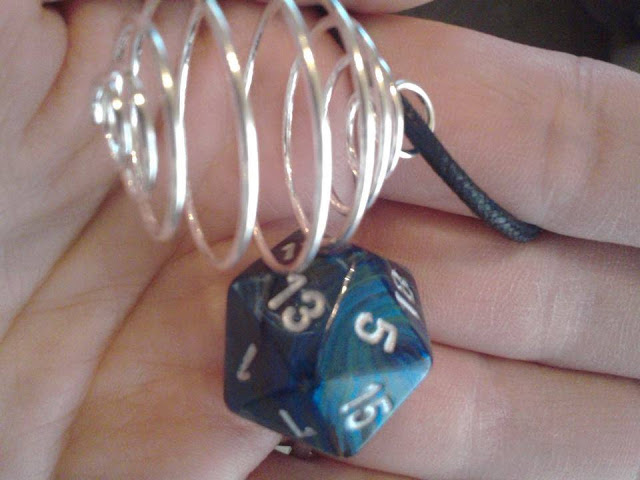 She also loves it as a nursing necklace.

Project Nerd has more than just spiral D20 necklaces, though! Check out these neat die earrings and the MTG pendants!

Ohhhhh, but wait! The best part! Not only is the craftsmanship fabulous on these items, but the prices are awesome, too! The price varies by the die selected, but they are between $7 and $10 (excluding shipping) for the D20 necklaces.

Did I say that was the best part? I guess I was wrong... because this is the best part:
Project Nerd is going to give one of my readers a d20 necklace of their choice! YES! GIVEAWAY!!!!


a Rafflecopter giveaway
Disclaimer: Thoughts of Fluff was not compensated for this post. The items mentioned above were purchased by me. All opinions are my own and may differ from those of your own. Thoughts of Fluff is not responsible for prize shipment. Giveaway is open to US only.
Posted by Christine at 12:00 AM