My family uses a lot of elderberry syrup throughout the year. Elderberries are great for your immune system, and have been used for medicinal properties for centuries. Hippocrates, the “father of medicine”, referred to the elderberry as his “medicine chest” due to the wide array of uses the plant had. 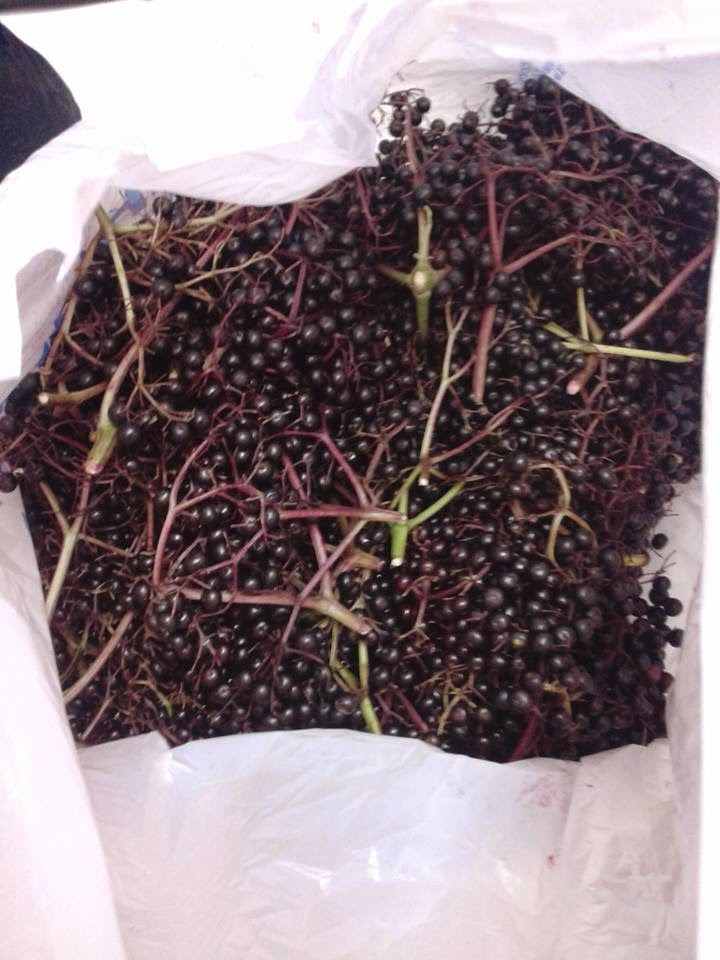 Elderberry syrup gets rather pricy, but I’ve never been able to find elderberry locally to try and make my own. I was going to try making some from dried elderberries when I happened across a major find at my local farmer’s market: FRESH ELDERBERRIES! Not only were they fresh, but they were the last of the season, apparently, and so he offered me a deal when I offered to take all he had.
I have found a variety of recipes for elderberry syrup online, and I’ve sort of combined a few I found to try out for my first batch. I’ve read recipes saying 1 cup of berries to 3 cups of water, others say 1:1 is the best ratio. Since this is my first attempt and I have SO MANY BERRIES, I figured I’d try a 1:2 berry to water ratio. This has proven to be a bit weak (my husband got a cold and normally feels a bit better a day later, but didn't with the normal 1t of syrup since I did half the strength), so I would recommend either doing the 1:1 ratio for fresh berries, or just making sure you remember to double the amount you take if you make it weaker. If you like using the syrup atop pancakes or ice cream, you might like this weaker version since you can have more of it in one sitting!
This recipe uses honey, so is not safe for children under the age of one.
Local, raw honey is always best to use. Local honey has pollen from the local plants and will be more effective if you have seasonal allergies.

It is also easiest to de-stem elderberries if you freeze them.

1.) Freeze elderberries on a baking sheet for a couple of hours. 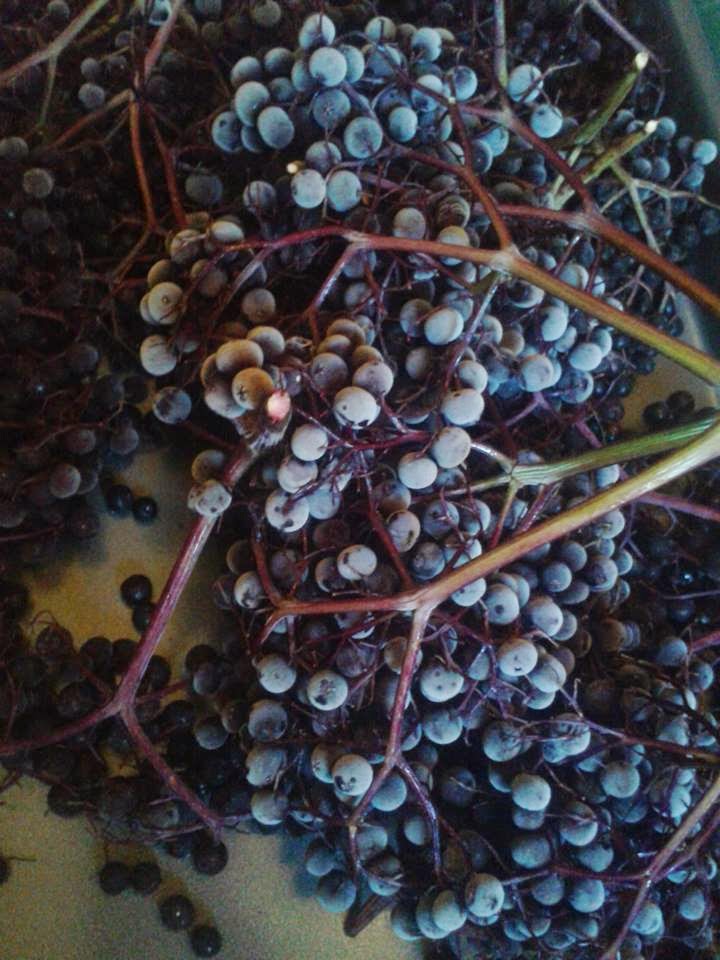 If you are making large batches of syrup, remove only part of the elderberries to pull off the stems, as it gets significantly harder (and messier!) as they thaw.
2.) Take a fork and hold a bunch of elderberries of a large pan or bowl. Comb fork through the frozen elderberries to easily remove them from the stem. 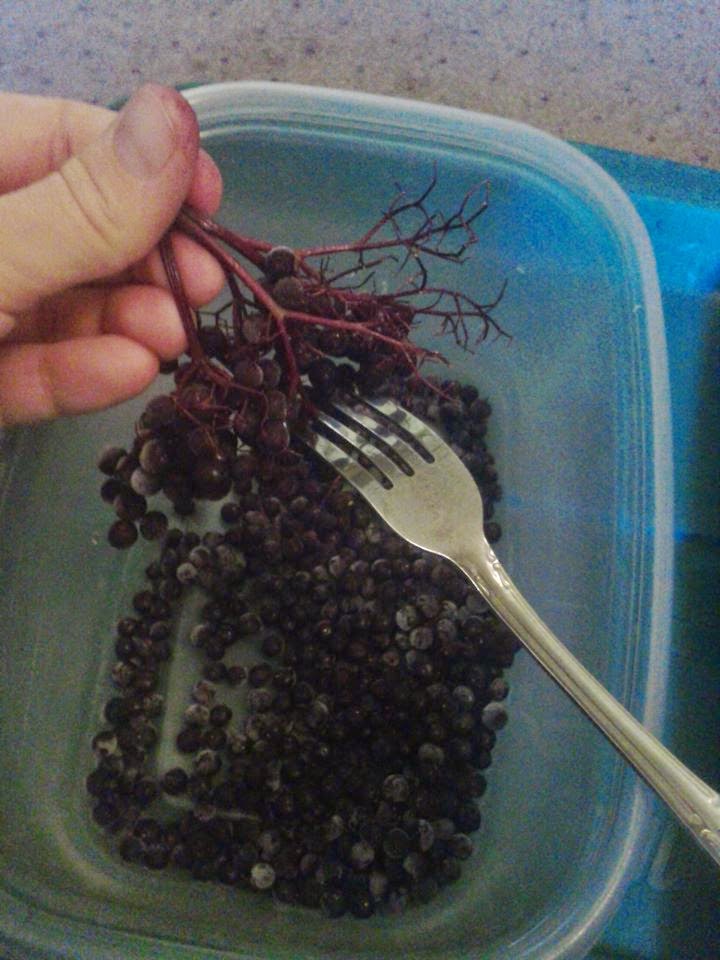 Little pieces of the stem may break off with the berries. Try to remove as many as possible, though don't fret if you can't remove them all (or simply don't want to). The bark on the larger stems of elderberry are poisonous, though the tiny little stems aren't really a concern, especially if you are boiling them to make syrup anyway. 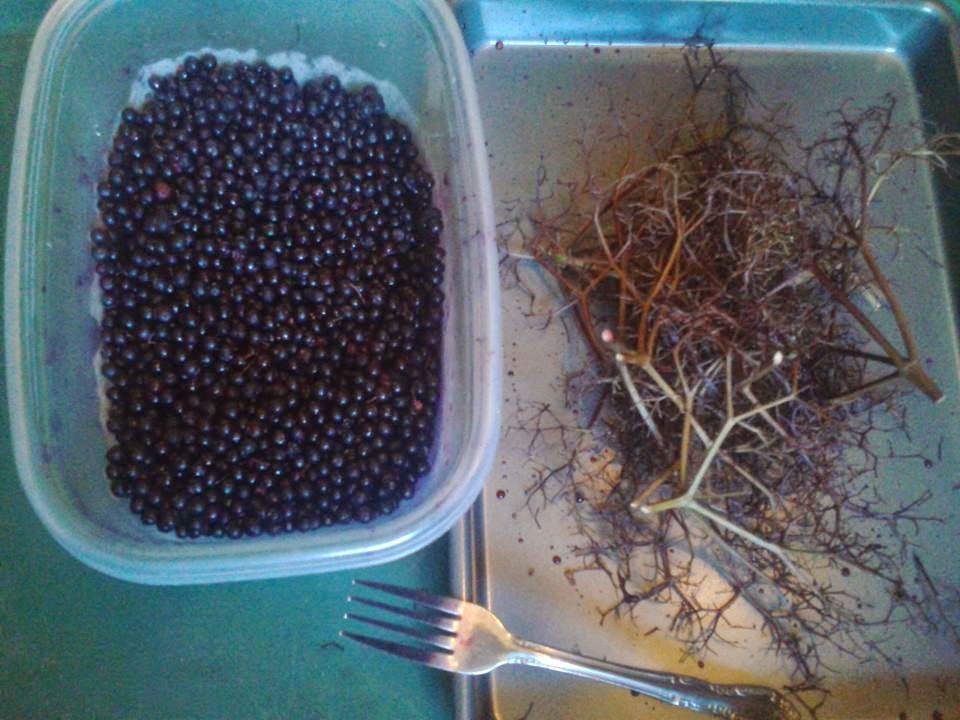 3.) Once de-stemmed, measure out berries and water in a pan and bring to a boil.
4.) Once boiling, reduce heat to a simmer and leave to simmer for 20-30 minutes. 5.) Remove from heat and allow to cool.
6.) Once cool, strain the berries with a mesh strainer, applying pressure with a spoon to help extract as much juice as possible. 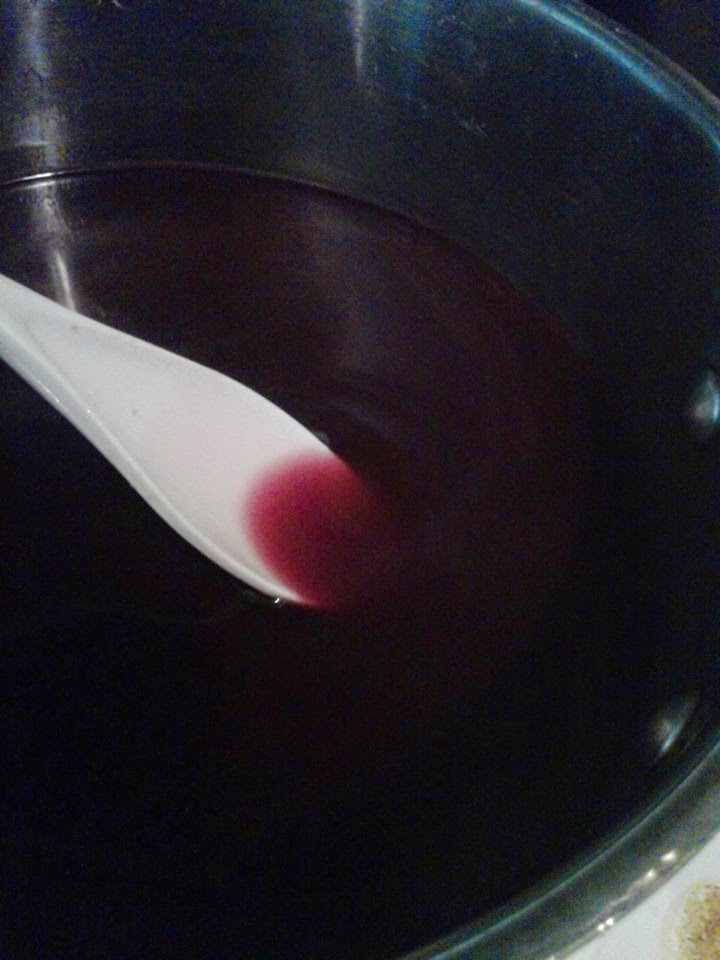 7.) Stir in honey until well mixed, then pour your syrup into a jar (or can)! 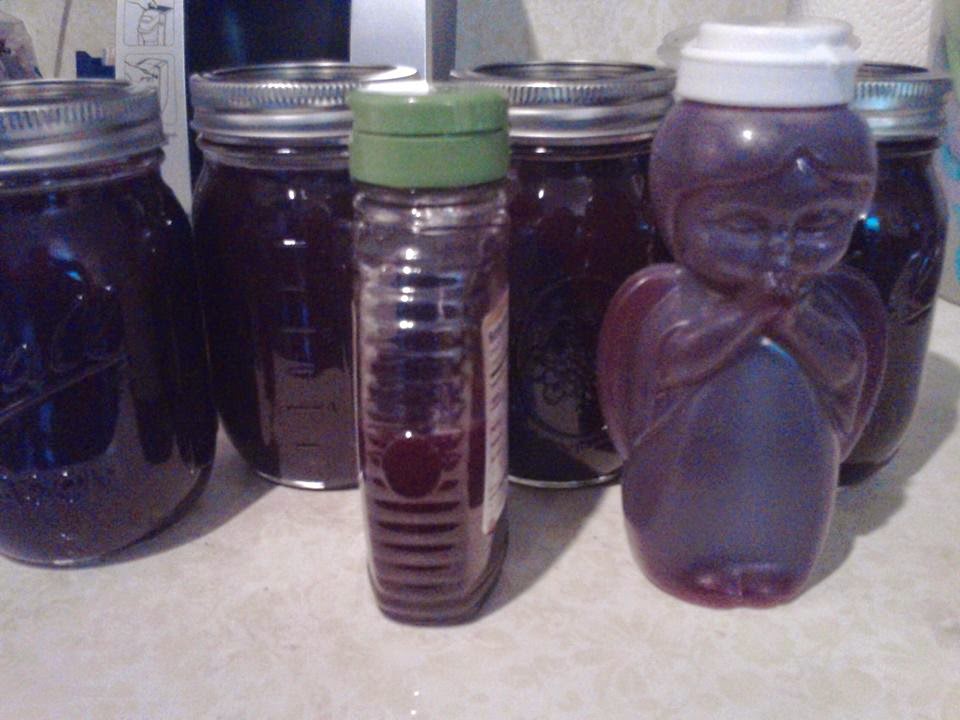 Disclaimer: Thoughts of Fluff was not compensated for this post. All opinions are my own and may differ from those of your own. Post contains affiliate links.

Posted by Christine at 6:00 AM